Titled “Looking 4 Myself,” the Rich Lee-directed film features a battle between the angel and devil personass of Usher. One being down-to-earth and the other being his celebrity half, which is also the theme of the title track of his last album.

In the video Usher is locked in a battle and seeking revenge against the celebrity version of himself after fame destroys his romantic relationship.

The short film is to show off the 2013 Samsung Smart TV.

Selena Gomez – Come & Get It

Icona Pop – I Love It

The performances were great. Loved it! OnPoint!

I do have to point out that I didn’t like the way Bieber was treated when he went up to accept an award he worked extremely hard for. Like he said he is there to entertain. It doesn’t matter if you like him or not his music got him where he is and he should be treated with respect. I support Justin 100% and wish he continues to have all the success in the world. 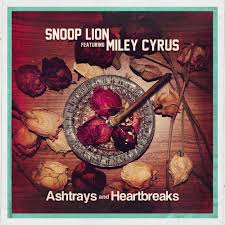 Snoop Lion is pining about the past on his latest Reincarnated track, and he brought Miley Cyrus along for the ride. Their duet, off the rapper’s April 23 album, made it to the Internet on Wednesday (April 3).

On “Ashtrays and Heartbreaks,” Snoop combines his new found Rasta style with Cyrus’ pop sound but the actress shows she can get in on the reggae vibe of the jam, too, especially on lines like “fill up all those ashtrays.”

Produced by Major Lazer, Ariel Rechtshaid and Dre Skull, the track features additional vocals from Angela Hunte. The legendary drummer for the Police, Stewart Copeland, provides the island-tinged percussion on the tune.

“[Snoop] was really studying Bob Marley,” Major Lazer’s Diplo explained to MTV News last year. “He likes to have the female backing vocals, and it’s a real Marley-esque vibe. We [also] have some West Coast attitude with the production, and I’m really excited about it. It sounds amazing.”

But “Ashtrays and Heartbreaks” is hardly the only Snoop/Miley collab the world will get to hear this year. Miley has confirmed that Snoop will also appear on the lead single off her 2013 album release.

“I did a song with Snoop, and it’s coming out very, very soon,” Miley told Ryan Seacrest last month. “I can finally say I’m going to have a song with Snoop Dogg coming very soon. It’s recorded, done. I’m so excited!” While she didn’t offer up many details about the song, she did reveal that she was making plans to hang out with him at the time. “He was in Europe when he was recording, but he’s here this weekend, so I’m pretty excited. I’m think I’m going to take a bunch of my friends and go hang out.”

Are you feeling  the track? OnPoint or NOT??? Leave a comment with your opinion. MuaH!